Friedrich Mohs (1773-1839), an Austrian/German mineralogist, developed a scale of hardness for minerals in 1812 (although some sources reference 1822). This hardness scale classifies minerals on a scale from one (the softest) to ten (the hardest) and has been used by mineralogists since its inception. The minerals Friedrich Mohs selected for his scale were natural, pure substances which were commonly or readily available at the time. Basically – it tests to see how easily one su

bstance can scratch another. For example; if your material to be tested can be scratched by Fluorite (hardness of 4) but not scratched by Calcite (hardness of three), then your test material would have a hardness of 3.5 on the Mohs scale.
Although the Mohs Mineral Hardness scale appears to be Linear (one to ten), it is not – it’s a Relative scale. Which is why the “absolute scale” was developed. If you look at the Mohs scale, it would appear that Corundum (9) is one-half as soft as Diamond (10), when in actuality, Corundum is four-times as soft. That is why scientists who required a more accurate measurement of hardness developed a “proportional measurement” known as the “absolute mineral hardness” to account for this (non-linear) discrepancy in the Mohs traditional scale by using a very sensitive piece of equipment called a “sclerometer. The sclerometer accounts for the large relative difference in hardness as one approaches the higher end of the Mohs scale.
It should be noted that Friedrich Mohs was not the first person to use this method of comparing hardness by observing which mineral scratches another. Indeed – some references suggest that Friedrich Mohs obtained the idea from the miners of his time. Plus, comparing mineral hardness has some roots in antiquity. It was first mentioned by Theophrastus in his treatise On Stone, circa 300 BC and later followed by Pliny the Elder in his Naturalis Historica, circa 77 AD.
Additionally, the traditional Mohs scale did not account for half-number hardness values. For example; Dolomite will scratch Calcite (hardness of 3) but not Fluorite (hardness of 4). Therefore, how would you classify Dolomite on the traditional Mohs scale since it is neither a 3 or a 4? The answer was to add the half-number values to the scale. Now, Dolomite would be classified as a 3.5 on the hardness scale.
Lastly, the hardness of some minerals vary based upon how the hardness test is performed – with the grain or against the grain. A good example of this is Kyanite, which usually is a long bladed crystal. When you scratch Kyanite across the grain (the short side of the blade) it has a hardness of 7. However, when you scratch it with the grain (longways down the blade) it has a hardness of 4. Muscovite is another good example of this dual-hardness property. Muscovite has a hardness of 2.5 when taken across the flat surface of a cleavage sheet, but has a hardness of 4 when taken across the grain. Basically this dual-hardness phenomenon depends upon the strength of the molecular bond that holds the mineral together.
NOTES:
۱٫ Data taken from Discover Magazine, July/August 2009, Page 12, Physics Beat by Adam Hadhazy. The content of that article is contained within the box that follows…
HOW TO SCRATCH A DIAMOND
The reputation of diamond as the hardest material around is under threat. Researchers in China and the United States recently determined that two naturally occurring substances surpass diamond’s resistance to scratching and indentation. They calculated that the mineral Ionsdaleite – made of carbon, like diamond – is 58 percent harder than its famous cousin. And, Wurtzite boron nitride beats diamond’s hardness by about 18 percent after being subjected to pressure, which alters its atomic bonds.
Still, in the short term diamond will continue to dominate in practical applications such as saws, drill bits and industrial abrasives, since the newly studied materials are extremely rare. Ionsdaleite forms only under the extreme pressure and heat accompanying meteorite impacts, while Wurtzite boron nitride is a by-product of intense volcanic eruption. But scientists can create both substances in the lab, says physicist John Janik at the Carnegie Institution for Science. Although producing the conditions required to grow the substances in bulk remains a challenge, Janik and others are working on synthesizing Wurtzite boron nitride and Ionsdaleite to pave the way for commercial use.
Garry W. Kappel, President – Sedona Gem & Mineral Club, Inc. (2011) Page 1 of 2 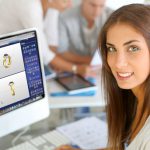 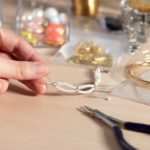